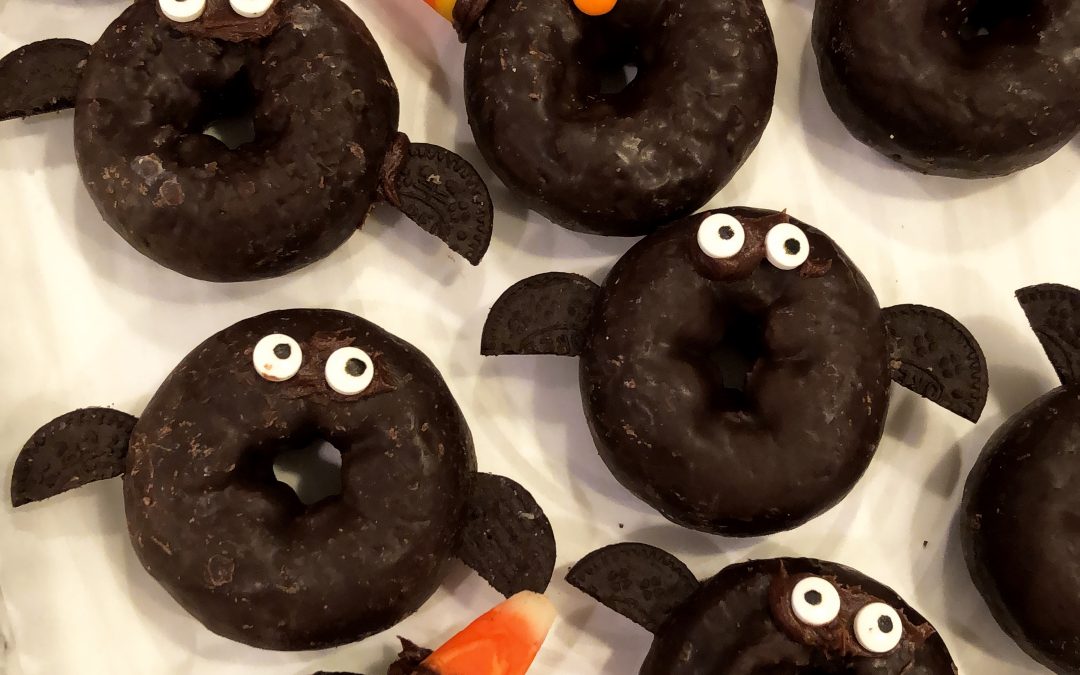 Add a dab of frosting to the back of  the small edible eyes (I just dip the back of the eyes in the frosting and stick them on). If the eyes are too small to handle…take a pair of CLEAN tweezer and pick them up with that.

NOW to make the CAT...you dab a little frosting to the top (more toward the side)  of the donut and add in 1 candy corn to make the ear of the cat…then repeat and make the other ear. Next, dab a little chocolate frosting  to each edible eyes and stick it on the donut. Then place a little dab on the round candy sprinkle and place it below the eyes but in the center of the eyes…for the CAT’S nose. 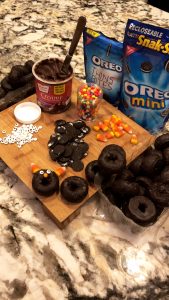 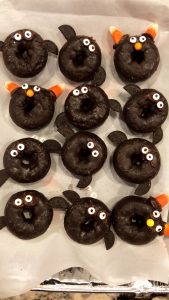