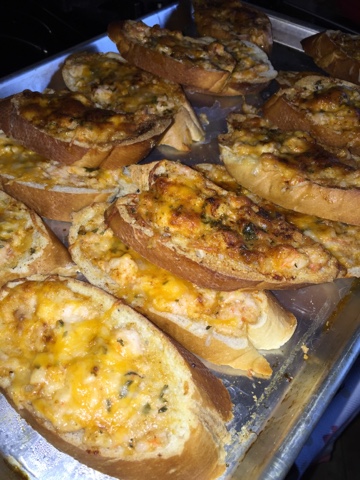 These little finger foods are so delicious and flavorful. I make them all the time especially during the summer for when they are hanging out by the pool..it takes literally no time to prep and bake.

Its also GREAT during  lent season when I try to come up with as many seafood items as possible. These shrimp bruschetta are perfect for appetizer during lent.  Easy to make and so flavorful. I got the idea from my sister in law.
Ingredients:
2 loaf of French bread (cut at an angle into 1 inch thick)
1 pound peeled and deveined shrimp (chopped very finely)
1 cup  mayo
1/2 teaspoon Tony Chachere’s
1/2 teaspoon pepper
1 cup Mexican blend  cheese mixture (shredded)
Dried parsley
Paprika
Direction:
Preheat oven to 350.
Lay a piece of parchment paper on a baking pan. Set aside.
In a food processor…pulse the shrimp until the shrimp is grinned finely and smooth. The shrimp mixture needs to be spreadable.
In a large bowl mix the chopped shrimp, mayo, Tony Chachere’s, and black pepper together. Mix until the mixture is nicely incorporated.
Sliced French Bread at an angle so the pieces would be wider …makes spreading the mixture easier and more surface area.
Taking a teaspoon of shrimp mixture and spread it over the sliced bread.
Sprinkle a the Mexican blend cheese, dried parsley and paprika on each sliced. Place each sliced of French Bread on the prepared baking pan…lay in a single layer.
Bake at 350 for about 10-15 minutes or until golden brown.
Serve hot!!!! 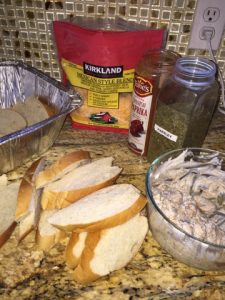 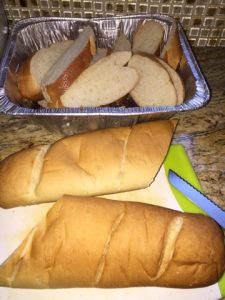 sliced french bread at an angle 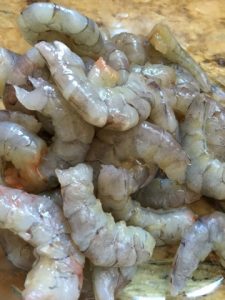 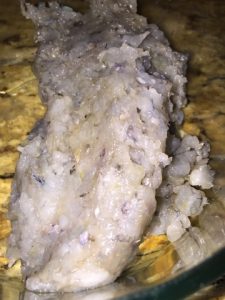 In a food processor…pulse the shrimp. Making sure the shrimp is a nice smooth consistency …that it can be spreadable. 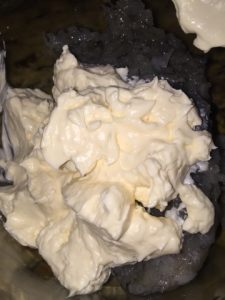 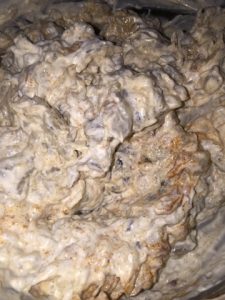 Shrimp and Mayo mixture with the seasonings. 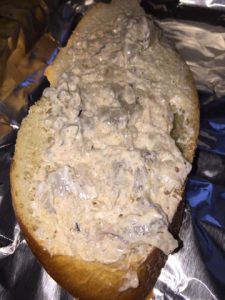 Spread the mixture over the sliced French Bread. Spread thinly so that the shrimp mixture will cook…even though shrimp cooks very fast. 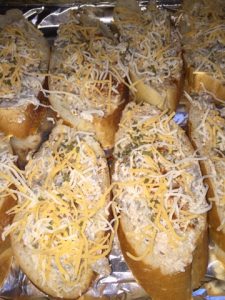 After sprinkling on the Mexican blend cheese, dried parsley and paprika…its ready to go into the oven. 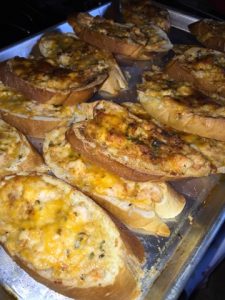 SIDE NOTE: These shrimp bruschetta freeze really well too…what you need to do is bake the french bread for about 6-7 minutes then let it cool and store in a single layer in an airtight freezer ziploc bag
ALSO….when you spreading on the shrimp mixture…make sure that you spread on very thinly so that the shrimp can cook the same time as your french bread gets toasted..you don’t want the French Bread to over bake because it will get VERY HARD.
Please follow and like us: