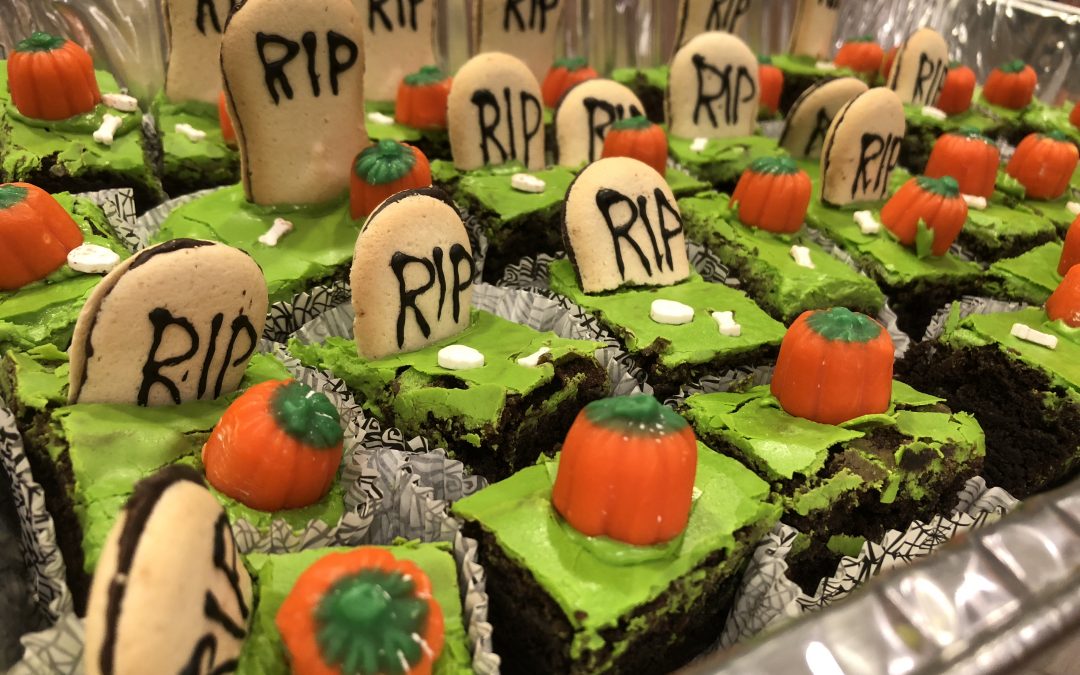 My son needed some treats for one of his class function..so he asked if I can bake something fun for him to bring. He wanted me to make brownies….so I thought why not make my Graveyard Halloween Brownies…it would be fun and festivities for the kids. Also, I can put them in cupcake holders and it wouldn’t be messy and they can just grab it and eat it while they are walking around.

INGREDIENTS:
1 box brownie mix
10 Milano cookies cut in half  (I prefer the whole cookie..but I did both so you can see)
1 can white frosting (I used cream cheese Duncan Hines)
green food color
1 tube black icing (I used the store bought tube)
20 Mellowcreme pumpkins candy
edible bones and skull candies

Make BROWNIE according to package and set aside to cool.

To make the green icing/frosting add about 10 drops of green food color into the frosting container. Then taking a butter knife…mix until you get the green color that you like….I had to add about 17 drops to my frosting to get the GREEN color I wanted. 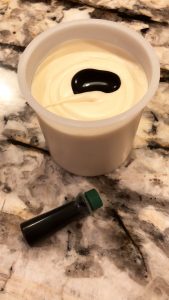 Green food coloring in the frosting

Once you get the color that you wanted…stick the frosting container in the microwave for about 30-45 seconds…you want the frosting to be runny..so you can pour it over the brownie tray.

Once the brownies have cooled…pour the frosting over the brownie tray.

Next, slice the brownies into squares.

Taking the black tube of icing, pipe the letters R.I.P. onto the front of the Milano cookie. Set aside to cool. I just went ahead and pipe all the cookies at one time. 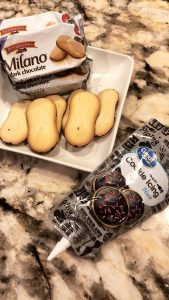 Next, pipe a little green icing onto the cut end of the Milano cookie to help it stand up on the brownie. Press the “gravestone” into the corner of the brownie.

Add a dab green icing to the bottom of a candy pumpkin and set it in place on the “grave.” Then add the edible bones or skull…where you like it.

Repeat the steps above for every single brownie until you’re done. 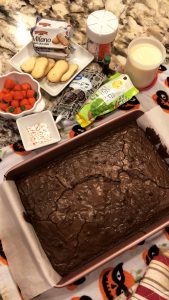 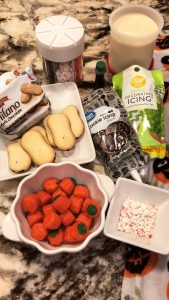 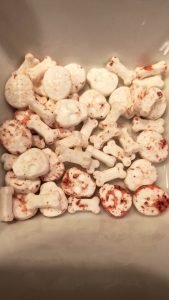 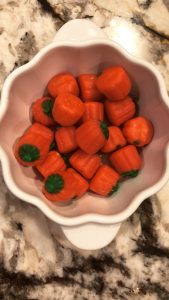 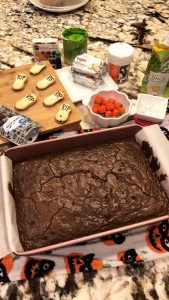 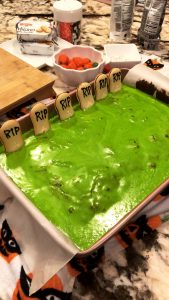 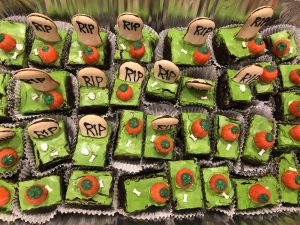 ***SIDE NOTE: On some of my brownies…I just added some pumpkins and some bones or skull. I wanted to mix and match some of them.