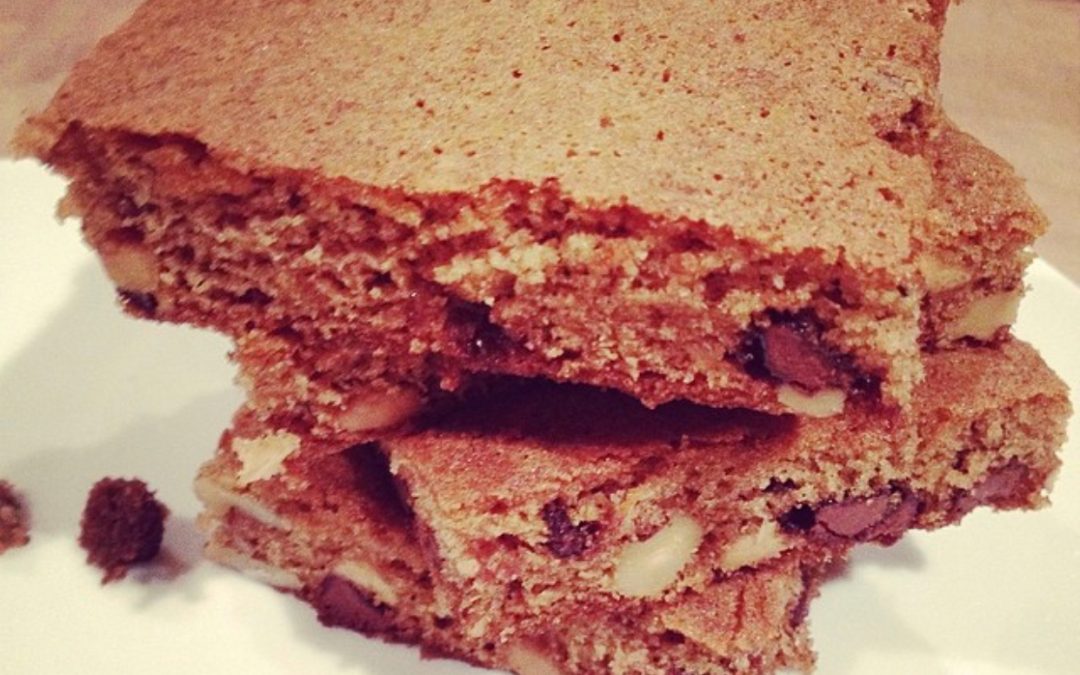 INGREDIENTS:
2 sticks of unsalted butter, softened at room temperature
1 cup light brown sugar, packed
1/2 cup sugar
2 teaspoons good vanilla extract
2 large eggs, room temperature*
2 cups all-purpose flour
1 teaspoon baking soda
1 teaspoon sea salt
a scant 1/2 teaspoon cinnamon
1 cup semi-sweet chocolate chips
1 cup milk chocolate chips
1/2 cup chopped walnuts
*** you can substitute any nuts that you prefer
DIRECTIONS:
Preheat the oven to 350 degrees. Spray a 9×13 baker with baking spray.
In a medium mixing bowl preferably with a pour spout, combine the flour, baking soda, sea salt, and cinnamon. Whisk together to combine. Set aside.
If you’re using salted butter, reduce the sea salt by a little to compensate.
In the bowl of a stand mixer fitted with the paddle attachment, cream the softened butter, packed brown sugar, and sugar on low speed at first to incorporate; then cream at high speed for a few minutes. It should be light and fluffy. Scrap down sides as needed.  Reduce the speed to low, and add the vanilla and one egg at a time, mixing until combined. With the mixer still on low, add the flour mixture a little at a time. If you have a bowl shield, use it to avoid a flour cloud! Mix until incorporated. You’ll have more of a dough than a batter.  Using a heavy wood spoon or utensil, stir in chips and nuts by hand.
Spread dough in the prepared baker, and bake in the center of the oven for 29 minutes. No more, no less.  Remove from oven and allow to cool at least 10 minutes before cutting into squares. 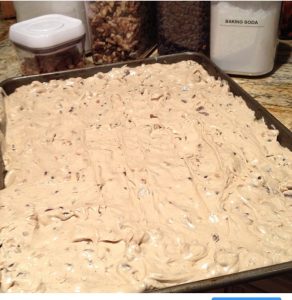 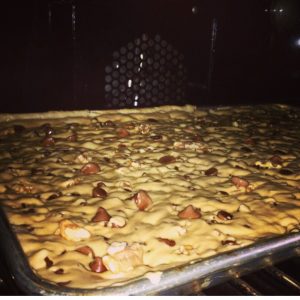 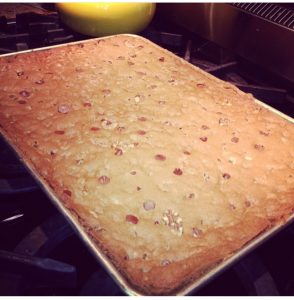